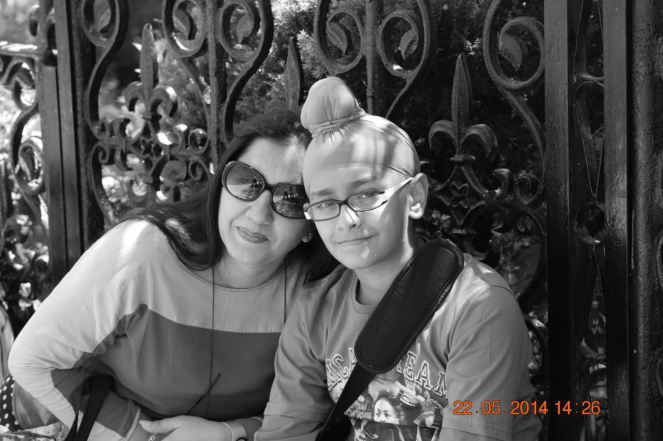 Your odyssey as a mother could get a real wacky start, if you are a girl who has grown up on set stereotypes. Stereotypes that are so theatrically heralded by our Hindi movies and daily soaps.

From the day we decided we were ready for a baby, I started fantasizing myself ‘passing out’ dramatically in the middle of something. Wishing earnestly, that the ‘whose who’ would be around to summon the doctor. In a very filmy way, the doctor would then announce the good news to my ‘not so shy’ hubby. How I would go red, blushing and choking with emotions and have the remainder audience ‘ooh aah-ing’ at the breaking news.

Alas, when it actually happened, there wasn’t an iota of the drama I was dying for. What changed colors was just a damn strip and a very ‘matter-of-fact’ doctor. Much to my displeasure, she made it sound like the most routine thing while listing out all the do’s and don’ts.

The morning after and all the mornings in the rest of the 9 months were anything but ‘sick’. Every night, I would sleep imagining that the next morning I would wake up to a whole lot of melodrama. Me, running to the loo, throwing up and a hassled hubby and family running around and me lapping up all the attention. Months passed and much to my disbelief, not a single day when I woke up to the ‘morning sickness’ that was meant to be the major sign that authenticated a pregnancy as per the Hindi movies and soaps. So much so, that despite the pot of a belly that I was carrying ahead of me at 5 months, I always had doubts whether I was actually ‘carrying’.

To top it, my doctor never ever found anything alarming and would always laugh away my concern about the baby being normal.

Contrary to any sickness, every night I would stealthily head towards the fridge and gobble down liters of milk. So much were the hunger pangs and milk cravings. No wonder, by the end of those nine months, I almost resembled a dinosaur. From a delicate 40 plus, I was hovering around 80. And there wasn’t anything utterly feminine or angelic about this mother-to-be’s frame. Nothing came even close to the aura around a pregnant woman that was so repeatedly mentioned in the plethora of books on pregnancy and motherhood that I had licked up in the preceding months.

As if the nine months weren’t enough, the finale was a grand twister. It had nothing of the quintessential theatrical stuff I was so longing for. Yes, it had everything that laid to rest my cravings for drama forever. There wasn’t any ‘baby almost about to be dropped’ like situation. I wasn’t being wheeled just well within ‘cut-off-time’ into the hospital. Neither were my always prim-and-proper hubby and mother-in-law running around in their most disheveled state. That was so wicked of me but I had thought that at least on that D day, the world would see their unkempt look and I would be mighty amused. But, that was seemingly too far-fetched a fantasy, perhaps.

In the wee hours of the morning, I woke up my hubby with as much panic as I could at the mild hints of recurring pains. The cool and by now ‘even more well-read than the doctor’ hubby heard out a few symptoms and declared them as a false alarm. Thankfully, he sounded my mother-in-law before getting ready for office in the crispest of his white shirts and neckties. My dear mother-in-law too touched-up each of her streaks and of course the house and my bags too. They realized soon that the alarms weren’t false. My grand-mother-in-law did live up to some of my expectations by sending me off with a ritual of kisses and blessings, much to my relief.

Once I reached the nursing home, housed in one of the bungalows, they ejected out a lot of my emotions too along with the rest of the stuff via that enema and put me on a drip. It was here that the drama unveiled. And I certainly wasn’t craving for this drama all this while.

I was strapped to a device showing the pattern of my pains and contractions, as if I won’t be knowing otherwise. But then, it was actually for the doctors and the audience around. My hubby, in his crisp shirt and the necktie he forgot to remove, would hold my hand tightly at every reading showing the pain shooting up. My mother-in-law took turns too. The pains followed a peak valley syndrome.

The first few hours were fairly decent but after 4 hours, my shrieks and sighs went beyond decent decibel levels. So much so that my brother and brother-in-law who cared to drop by were embarrassed to death at the very gates of the nursing home. After 5 hours, though the baby was still far away, they shifted me to the insides of the labor room. More than any other reason, perhaps because it was sound proof. By that time my nurses and the doctor were almost shouting back at me. For, I was threatening them to wheel me into the OT for a caesarean or else I would die. Hats off to my sincere and strong willed doctor who decided not to budge even a bit despite my giving her every reason to almost strangulate me.

Inside the labor room, as the sight became too much for my cute hubby to handle, my mother-in-law came to his rescue. She tried to comfort me with the news that my mother too would be reaching anytime. Yes, my mom! She had lots to answer too. I had to ask her why she didn’t ever prepare me for any of this war-like-situation and talked only about the frills. She too managed to make it well in time, in a neatly tucked saree all set to impress her first grandchild.

My mother-in-law suggested my ‘hungry since morning’ hubby to grab a quick bite from ‘Hot Breads’ outlet nearby while she would be around me. For some seconds, how much I hated her and my hubby. Here I was, in the middle of a war since morning on an empty stomach and how could she even think of her son having a quick bite from my ‘most favorite’ eating spot? (How much I understand it now being a mother myself).

In the last two hours, of the gross ten hours before the baby decided that the mother had had enough, it was like the ‘workout’ of my life. At the end of which arrived a maroon colored, all swollen baby, not resembling any of the Johnson baby pictures that hung around the whole house for 9 months. Honestly, I felt he resembled the cute friendly neighborhood pug! (My son would kill me for this).

As I looked sideways at him being cleaned and being put on the weighing basket, while I was being stitched, I experienced a moment of that ultimate bliss which was no match to any of the scenes in Hindi movies or soaps. As the nurse brought him to me, I was numb and my emotions completely froze for moments. It was as if whatever was left inside my belly churned for those few seconds that I held him. I told the nurse to take him out to both sets of grandparents waiting to welcome their first grandchild. It was like having the world see my trophy.

With closed eyes and tears sliding down from the corners, as I savored every laughter and joyous shriek reaching my ears, I suddenly felt a warm familiar hand stroking my forehead. Standing there was the ‘newborn’ Papa all exhausted but so relieved. As I smiled and held his hand, I saw the button less sleeves of his ‘not anymore crisp’ shirt and a few red marks. An aftermath of holding his hand badly every time the pain shot up. Both of us laughed, eyes brimming but words completely failing. Few precious moments, that perhaps made up for all the day’s pain and also for any drama that was lacking in the preceding 9 months.

Looking back, I have inside felt so blessed at the smooth nine months and the smoother finale. But, we have laughed our lungs out umpteen times at my version and naive expectations of those nine months with family, friends and now with our son. He is a witty teenager now and keeps us in splits with his one-liners.

All he has to say to this is…

From a geeky economics lecturer (later administrator) to now dancing to the real soundtrack of my life as a writer and Spoken Word Artist. JasmineKhurana.com is my ongoing journey transcending through myriad roles and how I rise above them to go on blind dates with my soul. View all posts by Jasmine Khurana